Baloo is watching the Rugby World Cup with a snoring cat sprawled over his lap. I realised that I don’t think I have ever talked about my cat Dibley. (Baloo is in real-time editing this blog post – it’s annoying but he suggested the idea, okay?) 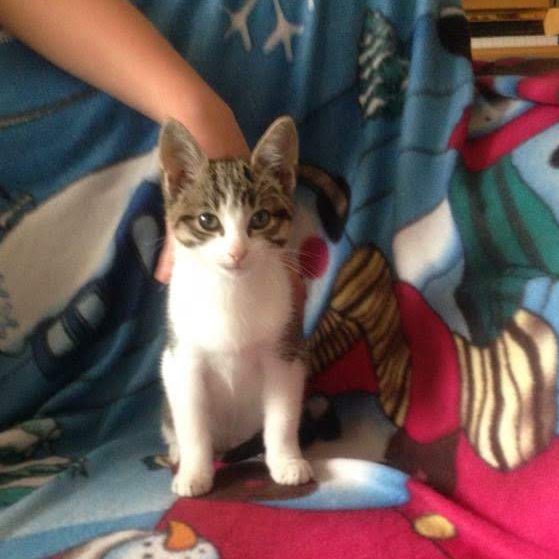 Dibley is technically my Mum’s cat. She went to a rescue centre (five or so years ago) and came home saying she was having a kitten. I have to be honest I wasn’t thrilled. I couldn’t face having a ball of energy that kittens can be and needing things when everyone else was out of the house. I didn’t want the responsibility that something needed me to look after it when Mum was out. I didn’t feel capable.

The cat arrived and my Mum was infatuated, everything took ages because he was tiny and needed cuddles every ten minutes. The first time they left me in the house with Dibley, he was hungry and no one had quite worked that out so by the time they came home I was crying, Dibley was crying and I wanted to send him back. We took our time to adjust to one another. I was very unwell and I was trying to do my A-Levels and I had no energy for anything but school and hospital visits.

After his first week in our home, my Mum went back to her normal life. She is out quite a bit during the day and one lunchtime a little paw appeared on my lap, glacially slowly he came to sit on my lap and curled up a fell asleep. From that moment we slowly became inseparable. He chose me and it was nice to have something that needed me to feed him and to be there for him. He liked being carried around and we worked out I could put him on a cushion and then move him if I had to get up. 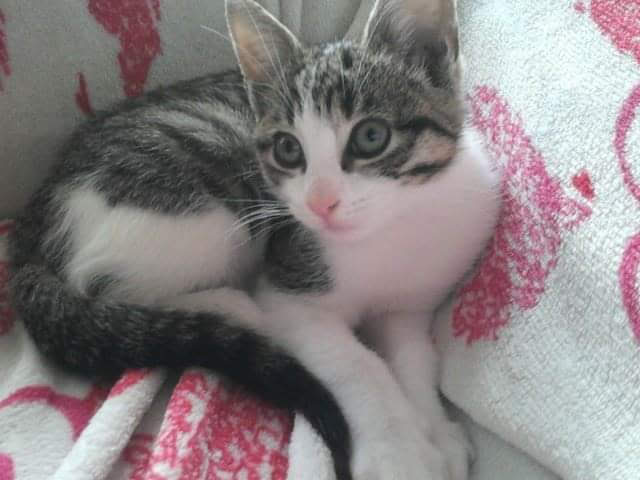 That was five years ago. I love my cat and think he was a great distraction from my ME. I always have to look outwards to make sure he is okay and happy. I try to feed him as often as I can, we cuddle most days and he knows when I have a bad day and he doesn’t leave my side. He is an outdoor cat so quite often I have wildlife in my house to deal with but besides that, he makes my life whole. He gives me something that makes every day different. 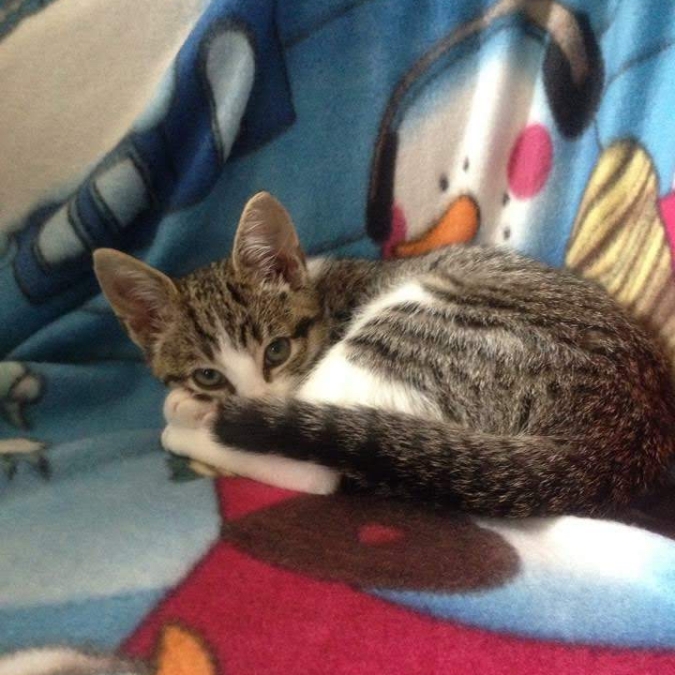 I would highly recommend a cat if you are like me and spend the majority of your time at home. They walk themselves and they are pretty independent creatures. They do stupid things often and it gives you something to talk about. They are great hot water bottles and under their snooty persona, they love to be adored.

The photos at the top are from Dibley’s life with us. We had him about ten weeks old as he was a rescue kitten. He came from a farm and the only impact it has had on him is that he hates all types of machinery. Cars, tractors, lawnmowers. It’s a good thing in a way because he keeps off the lanes most of the time so it makes him safer.